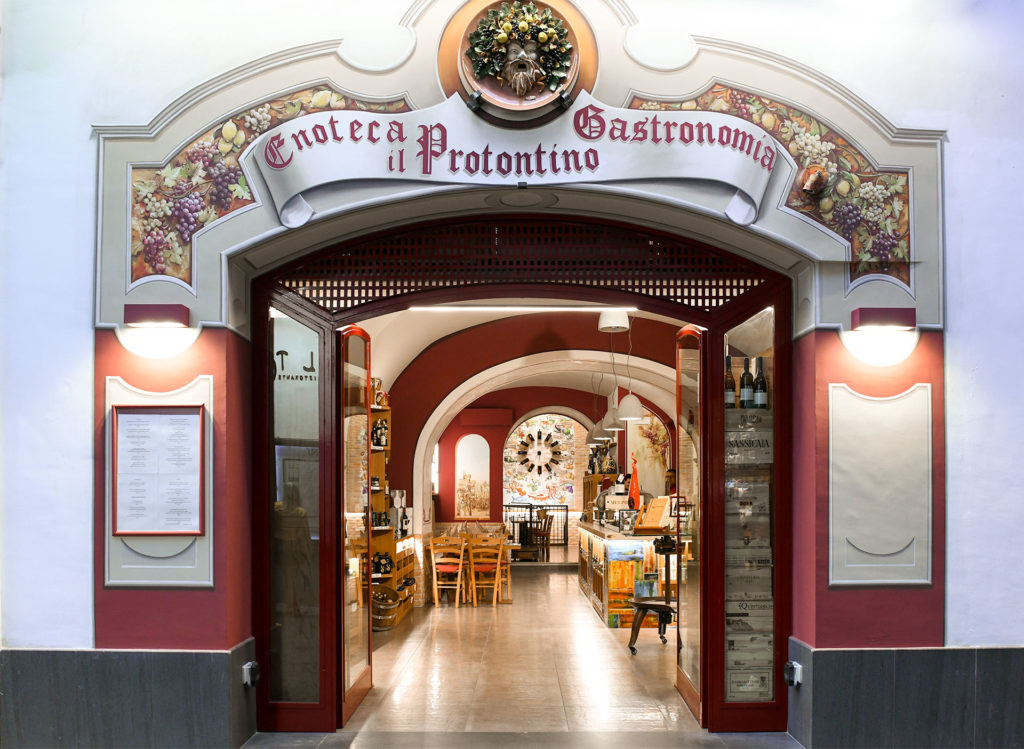 The name “Protontino” comes from the judiciary introduced by the Normans in 1132, who administered and governed the maritime trade and shipping, and commanded the military fleet of the Duchy of Amalfi.
It is a characteristic medieval tavern, one of many distributed within the city.

In the past they were frequented by foreign merchants who reached Amalfi to sell their goods and shop for local goods.
The building consists of two overlapping circles, both covered with barrel vaults.

The lower one was once almost flanked by the River, which until the 13th century flowed into the open in the middle of the city and was covered over by the road in the 1960’s. The tavern was bordered on the North by a garden and on the South by a warehouse which still exists, owned by a family of Byzantine origin.

The guest will find an historic and gastronomic atmosphere reminiscent  of Amalfi of yesteryear.

BOOK YOUR TABLE, YOUR WINE TASTING OR THE WHOLE LOCAL FOR YOUR SPECIAL EVENT.